Just Me and the Ghost of Le Nôtre

My initial Gabriel Prize proposal was to investigate the collaboration between Le Nôtre, Le Vau, and Le Brun at 3 french châteaux, but after visiting the sites and getting to know them quite well, I modified the project to study the clever use of perspective in the design of the gardens.

Created during a time when the rules of formal perspective were relatively new and celebrated, Le Nôtre and his peers studied art, architecture, gardens and plants, mathematics, optics, philosophy, painting, and more.  The trio--and in particular landscape architect Le Nôtre--incorporated a broad range of the knowledge of the day into their work.

Le Nôtre used all kinds of tricks to manipulate the experience of the space, and I became somewhat obsessed with the grading changes in the ground plane in particular--so, so clever--subtle ramping of the slopes up or down to change the vanishing/focal points, dark hedges punctuated with white water fountains and statues, clipped trees that become massive long walls of vibrant, glowing green.  If you removed the Baroque ornamentation in these gardens, they would be very modern, formal landscape designs.  By DRAWING these gardens, I learned so much and finally developed a sketching style I really liked as well.  In my world, that is HUGE.

When I told Versailles' Chief Landscape Architect Pierre-André LABLAUDE that I would go into the gardens so early in the morning that I'd be the first person there (I stayed in a hotel literally across the street, and I WAS the first person walking the grounds!), he laughed warmly and said it would be just me and the ghost of Le Nôtre walking the paths.  He was right!!  After so much time in the gardens, I rather felt that Le Nôtre and I had become friends.

For those interested in the technical aspects of perspective, look closely and you'll see the vanishing points, the horizon lines, etc. that helped to draw the sketch accurately and revealed Le Nôtre's secrets.

These sketches were done on site and are in order from the first view of the gardens near the château, to the 6th view at the very end of the canal looking back toward the château in the distance. 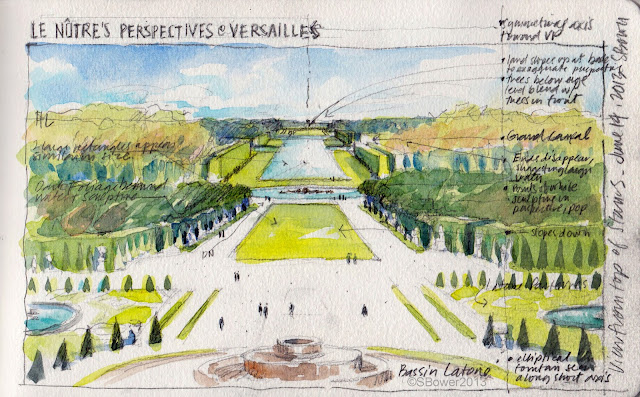 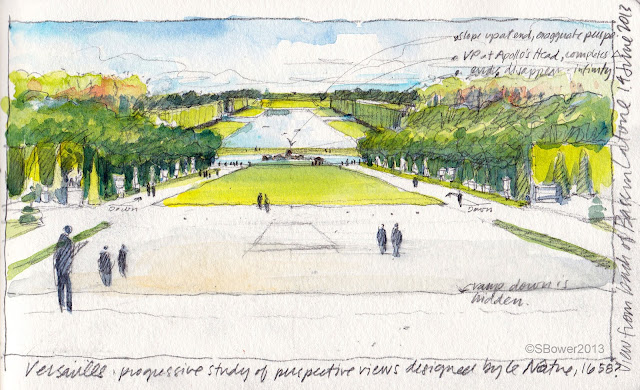 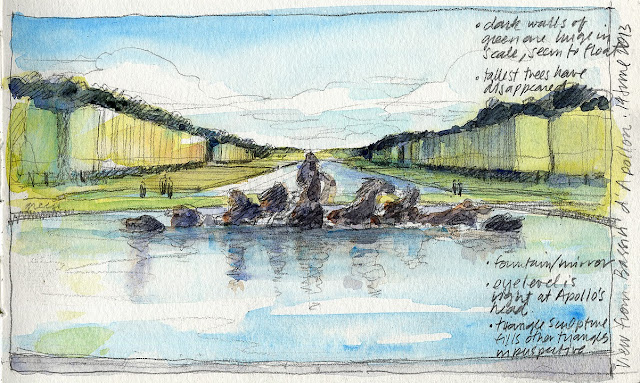 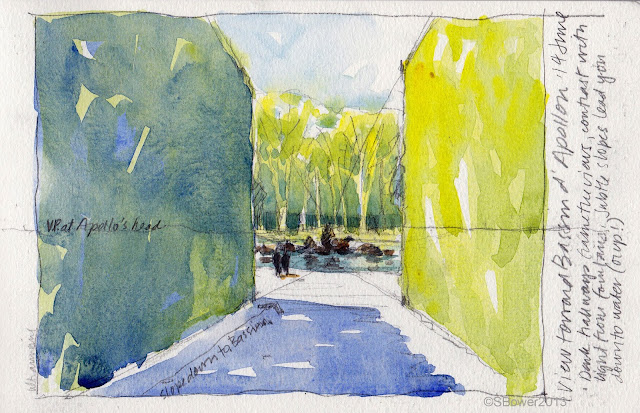 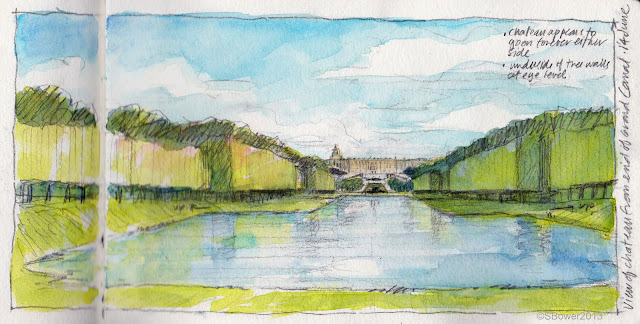 Posted by Stephanie Bower at 9:34 PM

Workshops in Spain May 2019 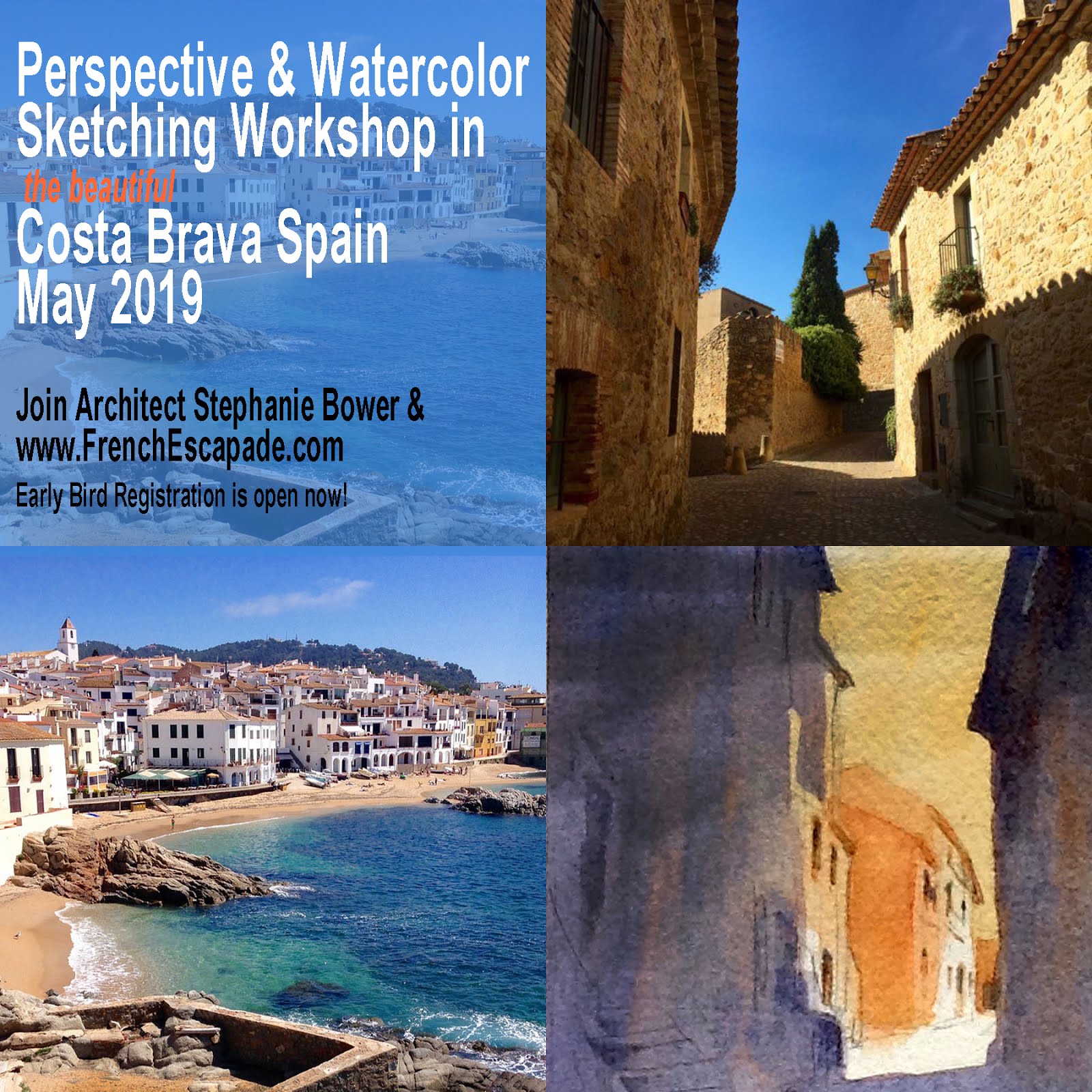 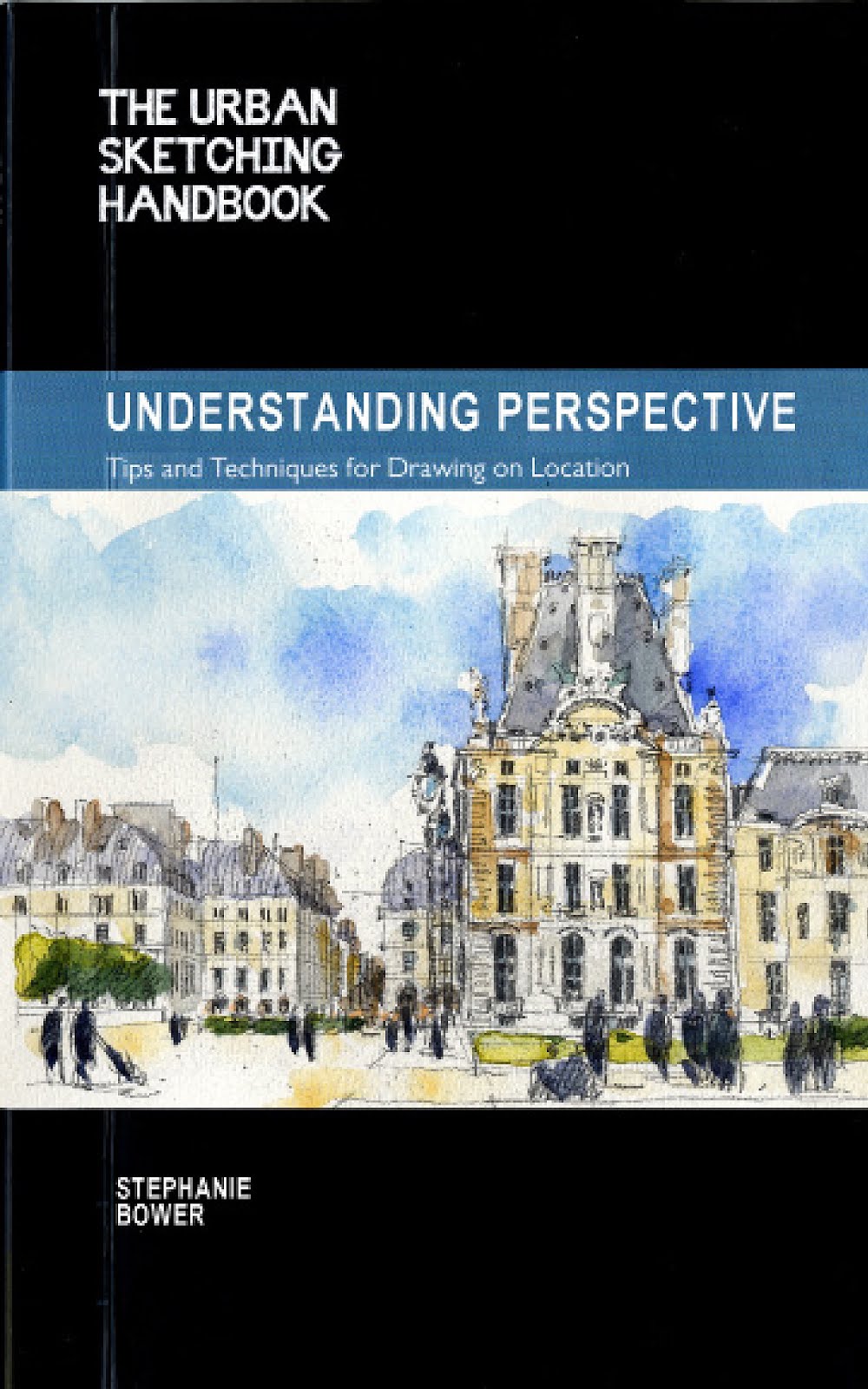 Please sign up to receive these blog posts via email: